“I’m not really into apps, but it can be addictive to see when most power is being used. It’s good to see how much you have saved – I have averaged savings of £1.53 per week since the installation.” 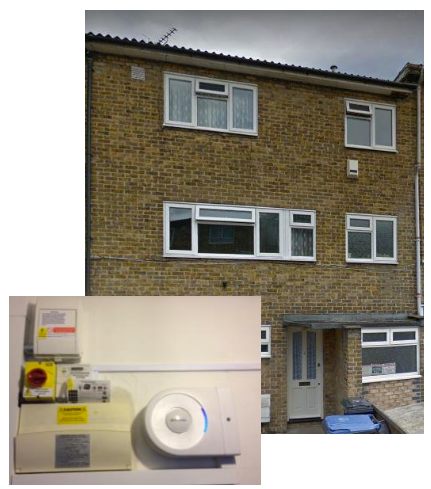 David recognises the importance of keeping his energy bills low and had already fitted solar panels and an immersion heater switch that diverts any electricity not used from the solar panels into heating water. But David still wanted to reduce his bills further. With four people living in the property his electricity bill was still around £300 per annum.

Although David was already saving money with his existing devices, he was very keen to protect himself from further imminent electricity price rises* by fitting a BlueGreen Power Saver. The BlueGreen would lower the overall consumption and reduce his peak demand in kW, leaving more energy for heating his hot water.

*Electricity prices have increased by 19% in the last 5 years and 62% in the last decade. (Source: Domestic energy price indices, Department of Business, Energy & Industrial Strategy, 24 Nov 2016.)

Also, in Dec 2016 EDF announced that in March 2017 it would raise electricity prices by 8.4%, with the other “Big Six” energy providers expected to follow. 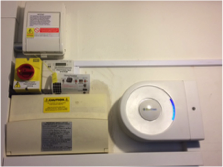 Fitting the BlueGreen and separating the supply for the solar PV inverter was a simple exercise, taking just over half a day. The BlueGreen Power Saver was also connected to David’s Wi-Fi network and, using the mobile app, he has real-time visibility of electrical consumption in the home and the savings being achieved.

David is now satisfied that whatever the energy suppliers do to their prices he will always be paying less than everyone else thanks to his BlueGreen!

The unit was installed in February 2017 and David has enjoyed savings of over £21 in the first three months.

David also said “I would recommend this for anyone wanting to save on their electricity bills. The BlueGreen will pay back quicker than my solar PV and it costs a lot less to install. BlueGreen is a confident, professional company that delivered the service it promised.”