“The unit has integrated into the house perfectly. I would highly recommend the BlueGreen Power Saver for your home or business premises. It will save you money, it will pay for itself over only a few years and it has hidden benefits: your electrical items and appliances will enjoy longer lives.”

“The device is fantastic. It is saving us around 10% each month off our electricity bill and that’s a big help to us as high users.”

“The attention to detail, the professionalism, and the diligence of the engineer were first class. He ensured that everything was just right – its location and how it looked. His demonstration of how the Power Saver and app work was excellent.” 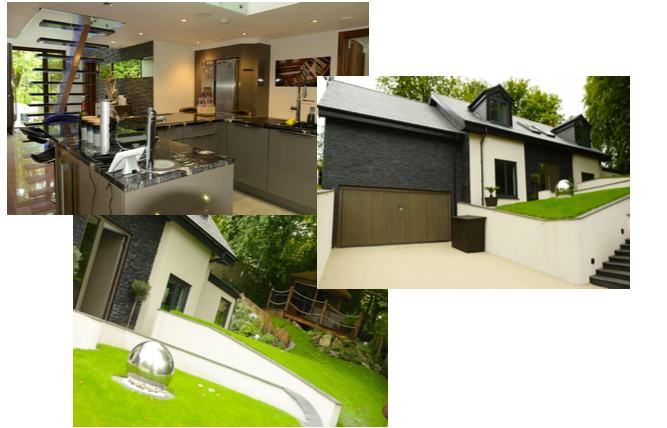 Howard lives with his partner in Bolton. They had their eco-house built to a very high specification a couple of years ago and the build was featured in “Building the Dream” on Channel 4, a TV series about building eco-houses. With solar PV and other energy saving measures such as triple glazing already fitted, Howard was keen to lower his electricity bills further.

Howard was convinced that fitting a BlueGreen Power Saver would reduce these electricity bills as well as extend the life of his appliances and he decided to proceed with the purchase. Howard’s installation was more complex than that of the average house: the installer had to ensure that there was no impact on the performance of the futuristic switch room and that the solar PV inverter continued to monitor the grid voltage.

Once installed, Howard’s BlueGreen was connected to his wireless router so he could monitor his energy usage from anywhere via the BlueGreen app and see just how much his BlueGreen was saving him. 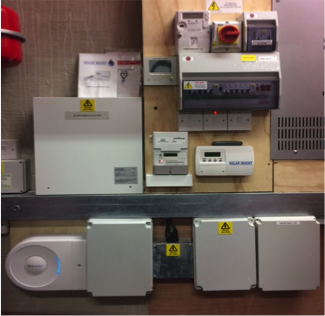 Howard is very pleased – he said, “It looks good, it serves its purpose and it saves us money. I cannot recommend Bristol BlueGreen highly enough in every aspect, and we are delighted to have the BlueGreen Power Saver fitted!”

Since installation in January 2017 Howard has already enjoyed savings of over £80 in 5 months.